AnAI Gear Detection System Project done for three of the biggest gear manufacturers in Central Asia. The problem was to identify spur, helical and bevel gears on the conveyor belt using image recognition in real time and detect malformed ones and also help to classify items using robotic arms based on the bounding box coordinates our system sends to the robotic movement engine. The realtime data is also stored on GCP at the speedo of 400 records per second using GCP’s cloud Pub/Sub service and then to DataFlow which later we used for running real-time analytical analysis and to show realtime statistics on GCP’s data studio based on our BigQuery service queries. We used below best practice architecture for our GCP project.

We could use GCP’s Vision API for image classification but for specific project-related reasons we chose to use on premise deep learning model deployment which we have trained ourselves using 10,000 in house labeled data which then has been augmented to 1 million images to even detect gears at all positions like overlapping modes as well. we used other methods like neural dropouts and L2 regularizations to enhance model detection and to maintain generality of our model at its best. This improved our AI Gear Detection System Project’s final accuracy to a very good extent.

The model is being trained in realtime also to enhance. For this purpose we used creme library and also our whole CNN model has been developed in pure TensorFlow.

UPDATE: Although in a later update to TensorFlow 2.0 we used tf.keras to use the layer API which gave us major enhancement regarding the quality of work.

Since we are strictly multi cloud setup company, we do not sacrifice quality and reliability for time-to-market and fake aesthetics of the project, so we chose to create a data lake also on Amazon’s AWS service and we used AWS kinesis Data firehose service to have our realtime data gathered and stored in almost no time. We then used AWS Glue and AWS Athena services to extract desired analytics for our customer. Basically for this purpose, we used the best practice architecture proposed by amazon as below. 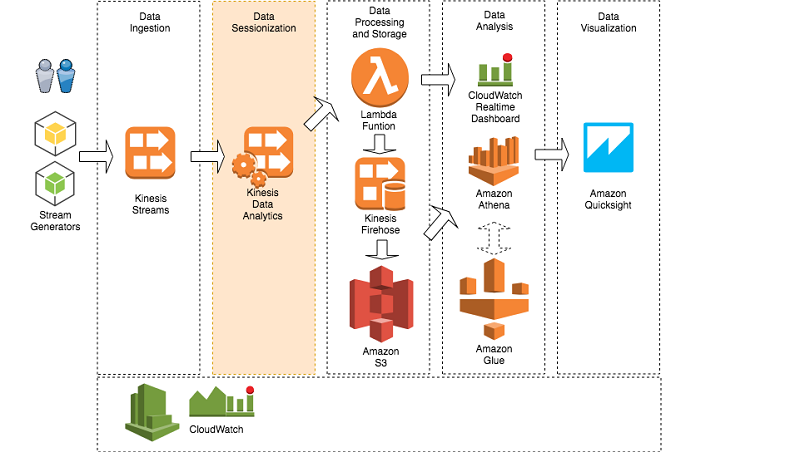 The structure of technologies we used in our AI Gear Detection System Project helped us to pull off other sorts of similar projects in Middle East with minor tweaks and enhancements.